“Winning too often is as disastrous as losing too often. Both get the same results: the falling off of the public’s enthusiasm.”

It was Knut Rockne, the legendary football coach at the University of Notre Dame, who said, “Winning too often is as disastrous as losing too often. Both get the same results: the falling off of the public’s enthusiasm.” It’s a wry statement, but beyond the humor, Rockne’s observation underscores the fine line between winning and losing and between winners and losers. The science of winning is interesting and has begun to illustrate that who wins and who loses is not strictly coded in our genes, nor is it God playing with dice. It’s about when and how we take risks, which does involve some hard wiring, as well as some external pressures from the environment. Keep reading to learn more about winning and winners.

Maybe It Should Be Go Home and Win Big

Winning can mean many things, but to many people, it means winning the lottery. And this is true even though winning a lottery is not easy — and doesn’t automatically lead to an easier life. If you don’t believe it, consider these facts: the odds of winning a typical Powerball jackpot remain 1 in 292 million; if you do win, assuming it’s a prize over $5,000, the IRS will take 24 percent of the prize; and, finally, a 2004 study found that 85.5 percent of American winners continued to work after winning the lottery.

So, you might think twice before you invest in those weekly lottery tickets. But if you decide to play, you should pay attention to where you live. Data suggests that certain states are luckier than others. (Can you say Hoosier, anyone?)

Competition is pervasive in our culture. The drive to win, to succeed, may be one of the most basic instincts of all — and remains a powerful force in human nature. Ancient humans competed against each other for food, shelter and mates, and the winners were those most likely to pass on their genes. 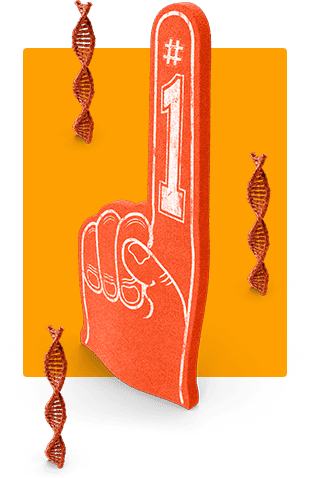 Do you know people who seem obsessed with winning, whether it’s competing for attention on social media, beating last month’s sales figures, buying the biggest house in the neighborhood or lifting the heaviest weights at the gym? Chances are they have the “winner gene.”

In 1957, Dr. Julius Axelrod — an American biochemist who was later awarded the Nobel Prize in Physiology or Medicine — discovered that the gene responsible for competitiveness controls dopamine levels in the brain, which have a significant effect on whether people perform well under pressure and stress. Dopamine is a neurotransmitter — a chemical released by neurons to send signals to other neurons. One of the pathways through which dopamine flows plays a major role in reward-motivated behavior.

What Is Your Competitive Style?

In a Forbes interview with Ashley Merryman, co-author of Top Dog: The Science of Winning and Losing, the science journalist explains, “The competitive gene regulates the recycling of dopamine in the prefrontal cortex — the part of the brain that deals with high-level planning, thinking, memory, rule-changing and adaptation. An enzyme from a gene variation determines whether a person will be a worrier or a warrior.”

Typically, ‘warriors’ don’t have enough dopamine, so they are less likely to pay attention to details. But because moments of stress and pressure bring dopamine to optimum levels, it can actually help warriors perform at their best. If you’re a warrior, look for a job in an environment where there are new projects, activities and learning curves, so you can push yourself and stay engaged in your role.

On average, according to Merryman, ‘worriers’ have higher levels of dopamine, which give them advantages such as better memories and longer attention spans. If you’re a worrier, you will succeed in a job that requires planning and complex thought, but in moments of stress, you can feel overwhelmed.

Winning isn’t everything, it’s the only thing.

Of course, your competitive makeup isn’t your destiny. Although you can’t change your genetic code, you can figure out the competitive style that best suits you to enhance your chances for success, just as you can adapt to a source of stress and be able to better manage it.

Are You Playing to Win?

A Cobalt Understanding Quiz
Winners vs Losers
Rooting for the Underdog

Most Watched Sporting Events In The World

Ever wonder which sporting events attract the most viewers? Although you might be thinking Super Bowl or the so-called World Series, not one of the top 10 most-watched events is American.

The World Cup, held every four years, is considered the premier event for international football (or soccer, as we know it). It is sponsored by the Fédération Internationale de Football Association (FIFA), the sport’s international governing body. The 2014 World Cup final game alone drew nearly one billion viewers.

The Olympic Games, sponsored by the International Olympic Committee (IOC), is considered the world’s foremost sports event, featuring summer and winter competitions in which thousands of athletes from more than 200 countries participate.

The UEFA Champions League is an annual soccer competition organized by the Union of European Football Associations in which 32 top-division European clubs participate.

The Asian Games, also known as the Asiad, is a multi-sport competition held every four years among athletes from all over the continent of Asia.

The Rugby World Cup is a men’s rugby tournament held every four years between the top international teams.

The Giro d’Italia, or Tour of Italy, is an annual multiple-stage bicycle race primarily held in Italy.

The Winter Olympics, sponsored by the International Olympic Committee (IOC), are held every four years. This competition draws athletes from more than 90 countries all over the world.

The ICC Cricket World Cup, which is held every four years, is a championship event sponsored by the International Cricket Council (ICC). The World Cup features 10 teams and is the culmination of a global qualification process that takes place over a five to six-year period

A 2017 workplace survey by Gallup reports that 85% of employees are “not engaged or are actively disengaged at work.” The survey finds that the economic consequences of this global ‘norm’ are approximately $7 trillion in lost productivity annually. 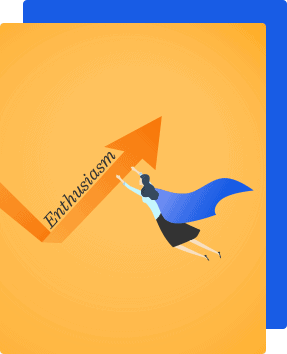 How can you harness the instinct to win to engage your employees and improve productivity? If your workforce is predominantly made up of 30-something millennials, competition may be a good thing.

Engaging the hearts, minds, and hands of talent is the most sustainable source of competitive advantage.

Although millennials are often called the “trophy generation” for being rewarded just for participating, studies show they thrive on competition. But they are a naturally collaborative group, too, so the best way to motivate them, many say, is to make competition fun and design it to help them better understand their roles and how to excel in them.

According to Gallup, “the new workforce is looking for things like purpose, opportunities to develop, ongoing conversations, a coach rather than a boss, and a manager who leverages their strengths rather than obsessing over their weaknesses. They see work and life as interconnected, and they want their job to be a part of their identity.”

Engagement is a renewable daily decision that is voluntarily given when the company has proven worthy of it.

In his 2016 book Payoff: The Hidden Logic That Shapes Our Motivations, social scientist Dan Ariely shows that motivation is tied to how closely employees feel connected to their work and the company—and the degree to which others appreciate their work.

“When we are acknowledged for our work, we are willing to work harder for less pay, and when we are not acknowledged, we lose much of our motivation,” says Ariely.

When you lavish praise on people, they flourish. Criticize, and they shrivel up.

Experts find that because no two people are motivated the same way, you should offer a blend of recognition tactics to keep your employees engaged and motivated in a variety of ways, for example:

Download a free copy of the Gallup report, “State of the Global Workplace”

Winning isn’t just for athletes, of course. Some of the most famous — and prestigious — awards in the world are the prizes established by Alfred Nobel, a Swedish inventor, engineer, scientist and businessman who also wrote poetry and drama. Nobel’s many interests are reflected in the prize he established in 1895 when he wrote his last will, specifying that the bulk of his fortune should be used to recognize “those who, during the preceding year, shall have conferred the greatest benefit to humankind” in the categories of physics, chemistry, medicine, literature and peace (economic sciences was added much later in tribute to Nobel). The Nobel Foundation provides a wealth of information about prizes and prize winners on its website, including an inspiring video, “Women Who Changed the World” highlighting the achievements of women around the world who have been awarded a prize. 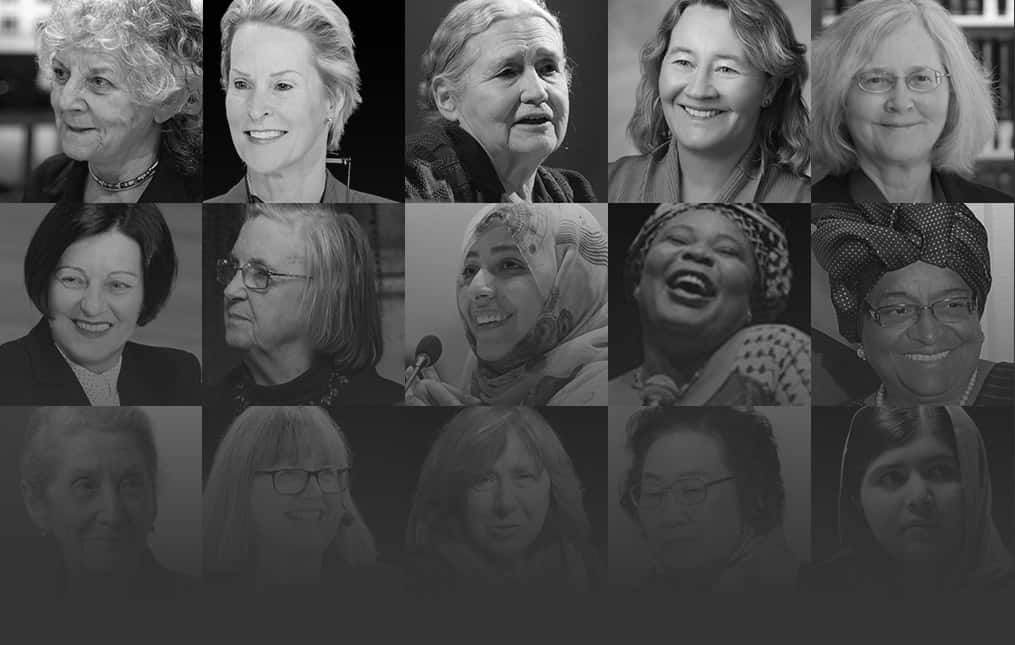 Cobalt’s Understanding(x) Series examines complex topics with the goal of increasing understanding among laypeople. At the end of each year, we hope to have a portfolio of materials about the chosen topics that will become part of the public record — a resource for teachers, students and citizens to draw upon in their quest for clarity and connection. If you have any suggestions for topics to be considered, drop us a line.

This website uses cookies to improve your experience while you navigate through the website. Out of these, the cookies that are categorized as necessary are stored on your browser as they are essential for the working of basic functionalities of the website. We also use third-party cookies that help us analyze and understand how you use this website. These cookies will be stored in your browser only with your consent. You also have the option to opt-out of these cookies. But opting out of some of these cookies may affect your browsing experience.
Necessary Always Enabled
Necessary cookies are absolutely essential for the website to function properly. These cookies ensure basic functionalities and security features of the website, anonymously.
Functional
Functional cookies help to perform certain functionalities like sharing the content of the website on social media platforms, collect feedbacks, and other third-party features.
Performance
Performance cookies are used to understand and analyze the key performance indexes of the website which helps in delivering a better user experience for the visitors.
Analytics
Analytical cookies are used to understand how visitors interact with the website. These cookies help provide information on metrics the number of visitors, bounce rate, traffic source, etc.
Advertisement
Advertisement cookies are used to provide visitors with relevant ads and marketing campaigns. These cookies track visitors across websites and collect information to provide customized ads.
Others
Other uncategorized cookies are those that are being analyzed and have not been classified into a category as yet.
SAVE & ACCEPT